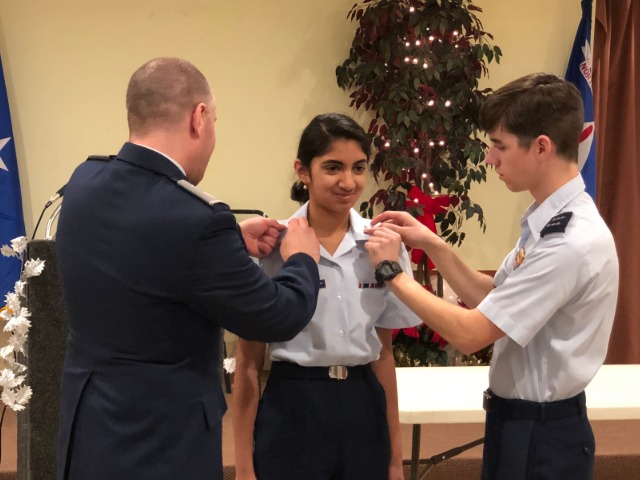 Nithya Malisetti is one of the most conscientious and hardworking students who has proven to be one of the most innovative and intellectual thinkers in the Minnesota Telugu community. She is exceptionally charming, engrossing and sympathetic with enormous strength of character and integrity for which she is bestowed with the prestigious 2019 TANA Youth Award.

Beginning 2010, when she was in Grade 1, Nithya has been proving her extraordinary flair with her staggering achievements. She displayed exceptional performance in World Geography, Mathematics and Science and has been demonstrating her excellence in numerous competitions at district, state and national levels all through her academic career.

Nithya is a Math champion gifted with extraordinary mathematical skills which are evident from her frequent accomplishments in various Math contests. Her unparalleled performance was first witnessed when she was selected for the “Gifted & Talented Vision-21” program for both Math & English in her 1st Grade. She stood 5th in her 5th grade and 2nd in her 6th grade at consecutive “Math Masters” contests held in the state of Minnesota for 5th and 6th graders. Right after she secured 3rd place in the Continental Math League, Nithya was chosen to represent her school at MATHCOUNTS, a national level program for 6-8 graders, for which schools usually select 8th grade students. It was in her 6th grade itself that she was selected for University of Minnesota Talented Youth Mathematics Program (UMTYMP) and finished College Algebra 1 and Algebra 2. In 7th grade she was awarded a medal at Junior High Math League for her remarkable performance. In 2018, she was the only South-Asian student who made it to the count-down round of MATHCOUNTS, in the state of Minnesota.

Nithya has demonstrated her outstanding vocabulary, by winning the 2017 Curie TANA Competitions-Spell Master Challenge in Group 3 for which she was awarded on center stage, by Dr. Jampala Chowdary & Dr. Rao Mulapuri.

Nithya Malisetti was also awarded for her academic achievement as a high scorer on the ACT (35) and SAT (1500) test(s) in 8th grade for the Northwestern University Midwest Academic Talent Search (NUMATS) Awards at MN MATS Celebration by MN Council of Gifted & Talented & MN Educators of the Gifted & Talented.

Besides being a phenomenal academic performer, Nithya is also a distinguished artist. She is the only student whose artwork from 2nd and 5th grades were displayed at the Wayzata Public Schools District Office. In 2014, during her 5th grade, she was the Minnesota State Champion at Destination Imagination Fine Arts competition and was placed 15th in the world at the DI finals. In her 6th grade, as part of 2015 Destination Imagination Improvs, she stood 3rd in Minnesota and was placed 6th in the world at DI Finals (only MN TEAM in Improvs – confined spaces category), and 2nd in the world for DI Instance challenge. Nithya was awarded 3rd prize at 2015 TANA Arts.

Nithya’s achievements are not complete, if her passion towards community service isn’t recognized. In her 4th grade, as part of 2013 Destination Imagination Outreach project, she worked with ‘ASHA for Education’ foundation and raised a fund of $2000.00 dollars for under-served students in Mumbai, India. She has recently started working as a research trainee at University of Minnesota College of Pharmacy, under the guidance of Dr. Karunya Kandimalla, in efforts to become a doctor to save lives in future.

Nithya is also passionate about serving the nation. She has recently been promoted as a Civil Air Patrol Cadet Staff Sergeant as constituent of WRIGHT BROTHERS AWARD. As part of USAF auxiliary services (North Hennepin Squadron), she embarked on a journey to finish Phase 1 (The Learning Phase) and is stepping into Phase 2 (The Leadership Phase). She wants to finish Phase 4 (The Executive Phase) before finishing high school to be a Cadet Colonel (GENERAL CARL A. SPAATZ AWARD).