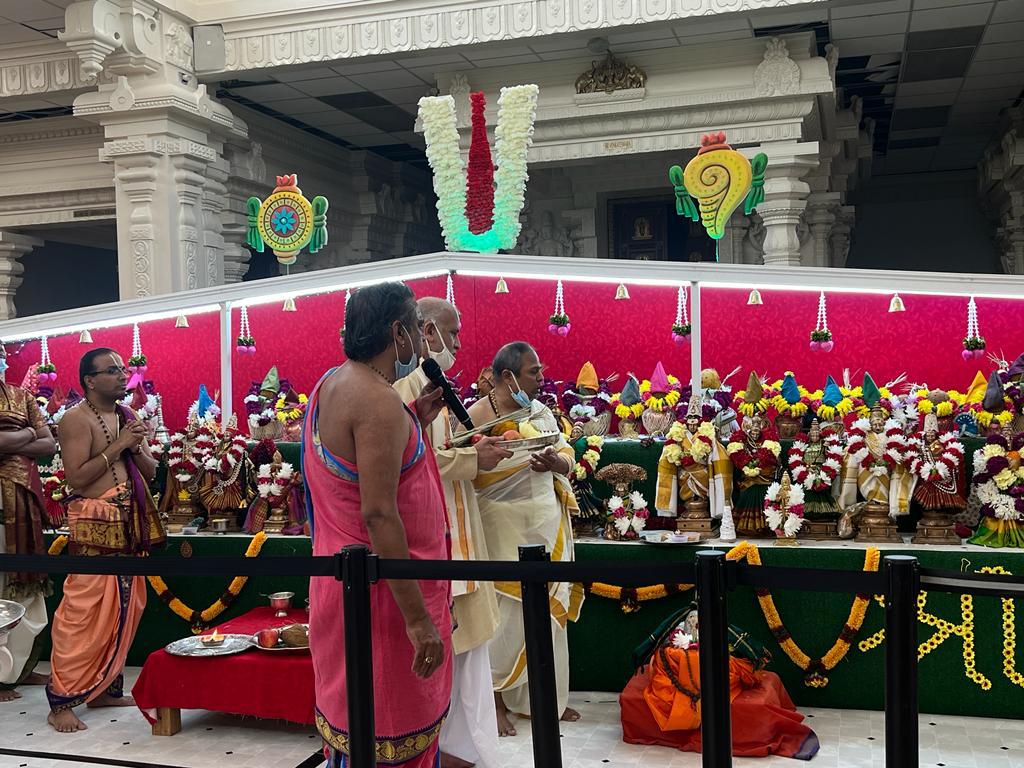 The first day of Mahakumbhabhishekam at the Hindu Temple of St. Louis started in grand scale.

The proceedings started off with Bhagavadnugna followed by Vishwaksena puja and Ganapathi Pooja. After conducting Punyahavachanam, the process of consuming cow related products by priests called Panchagavyaprasanam was conducted. Akalmasha homam, Yagasalavastu Homam along with Purnaahuti we’re conducted which concluded the morning session.

Cultural committee members offered Bhajan Seva in the evening with Bhajans on all the deities of the Temple.