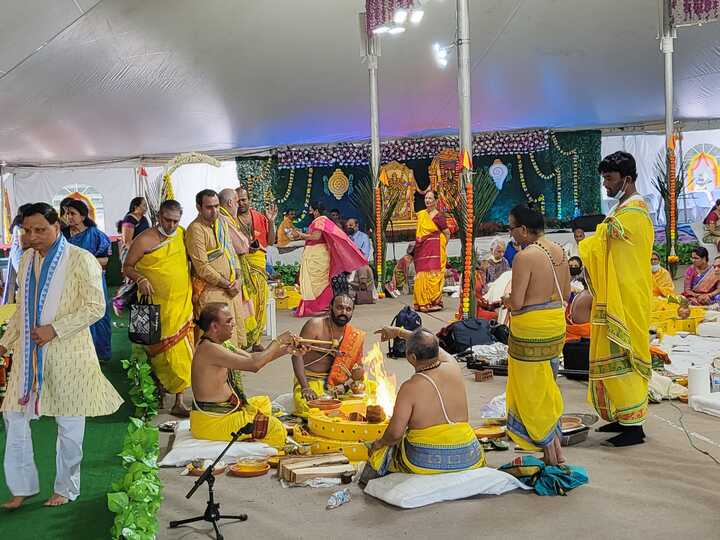 Agnimathanam, where sacred fire is generated from Arani wood by friction. Once the sacred fire was generated, the Agni pratishta was done in the Garhapatya Homa Kunda and then to all remaining Homa kundas.

This was followed by Sarvadevata Homam , purnahuti and teertha Prasada viniyogam which concluded the morning session.

Gold Plates dhwaja sthambham coverings have arrived from India. Before the start of the evening session, Sundara kanda parayanam was done by a group of devotees in the Yagasala.

This was followed by Maha Ganapathi Homam with beeja mantras and Ganesha atharvaseersha chanting by the priests.

HTSL Committee Chairman Gangavarapu Rajinikanth co-ordinated committe members and 100s of volunteers who have contributed to the success of Day2 events.