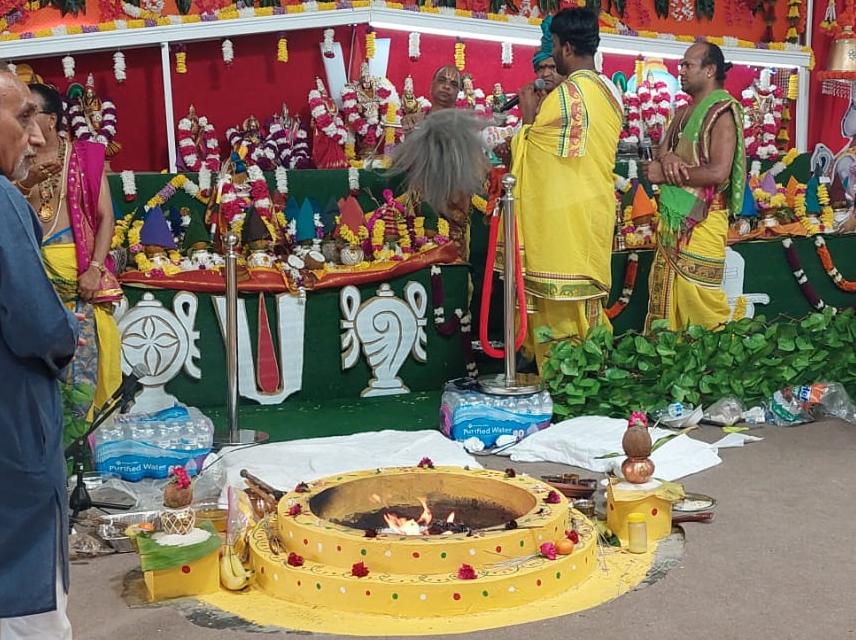 Later, Sudarsana Homam was performed. On the auspicious occasion of Narasimha Jayanthi, this powerful homam was performed. After the conclusion of Sudarsana Homam, the Gopura Kalasas were taken in a procession by the devotees around the temple before Panchgavyadhivasam. It was a historic moment to witness the Netronmeelinam (Opening of eyes) of the new Garuda vahana which was followed by Panchagvyadhivasam and Adhivasa Homam.

In the evening session, Ksheeradhivasam of the kalasas was attended by large group of devotees who also participated in Chandi Homam The chanting of Durga Saptasathi reverberated through the Yagasala as devotees offered Havis chanting Chandikayai Namaha.

Prior to the Homam, a short cultural program was conducted with Kuchipudi and Bharatnatyam by the Gurus with their students and other performers.