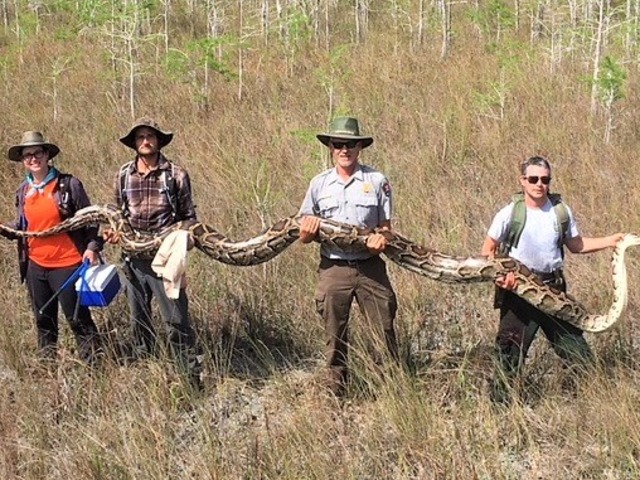 Burmese python is well known as one of the largest snakes in the world. But even by python standards, the python that was caught in big cypress national preserve shatters all records so far. s one was colossal. Researchers caught a female python in the preserve that was more than 17 feet long, weighed 140 pounds and contained 73 developing eggs. The snake is the largest python ever removed from Big Cypress National Preserve, a 729,000-acre expanse of swampland west of Miami in South Florida, according to a statement Friday on the preserve’s Facebook page.