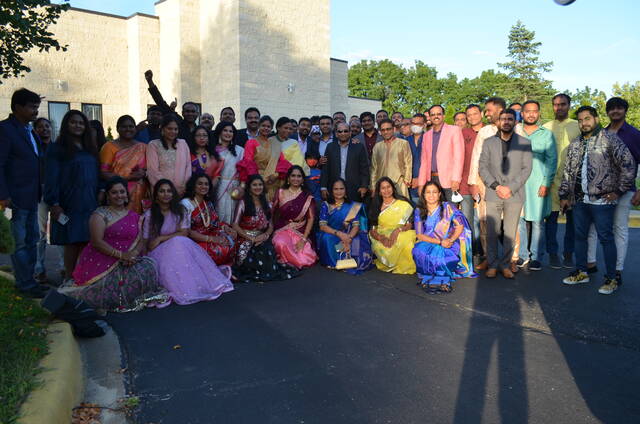 Telangana American Telugu Association (TTA) the first national Telangana organization met at the Marriott Renaissance, Detroit on this weekend Saturday, August 14, for their in person board meeting. President Dr. Mohan Reddy Patlolla, opened the meeting. TTA founding member Dr. Pailla Malla Reddy shared his comments with the fellow AC, EC and BOD. Dr. Pailla applauded the current president Dr. Mohan for his great service and co-ordination among the executive committee members and Board members. He suggested everyone to add new leadership in their local chapters and also asked to focus on bringing new members to the TTA. He tagged past President Bharat Reddy Madadi for his wonderful Presidency in the past with 60 programs despite pandemic. He added comments to everyone to keep up the same energy and get ready for the TTA Mega convention- 2022 in New Jersey. TTA advisory Council chair Dr. Vijaypal Reddy, echoed with founder on President Mohan activities in the past 7 months. He praised on all the TTA activities and asked to maintain the same pace to make the TTA Mega convention-2022 grand success. Dr.Vijaypal reviewed and delivered the TTA by-laws to the board and it was approved. Dr. Haranath Policherla gave his comments to the board that he was already raised the TTA bar high in his presidency and set the goals of TTA mega convention. He thanked everyone for coming to Detroit and felt happy to see extended family in person in his hometown.

Dr. Mohan Patlolla on his presidential remarks; sincerely thanked from bottom of his heart to Executive committee for their support in every decision of his action and requested everyone to come up with new ideas to improve the standards of the service and cultural activities of the TTA. Later, Dr. Patlolla presented his past activities and future plans in his presidency. He promised to everyone that he would deliver/celebrate the best convention to the members of the TTA family. Past President Mr.Bharat Madadi in his remarks thanked everyone in TTA for the overwhelming support in his presidency. Mr. Vamshi Reddy, President elect conveyed his remarks to the board and thanked everyone for their support in current activities of TTA. He expressed that he was much excited to all the BOD’s present in person in current situation. Later, Newly elected board members; Govardhan Reddy Tokala (D.C), Divakar Jandhyam (Boston), Nanda Devi Srirama and Prasad Vuppalapu (Bay Area) took their oath and the first session ended with all the EC remarks and with the congratulations to Best RVP, Narasimha Peruka (New Jersey).